OSC Rising Star of the Month for August 2017! 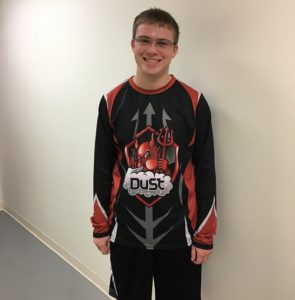 Each month members of OSC team vote for who we think had stand out or breakthrough performances in OSC events. $75 will be awarded to the Player of the Month, and a place in the Leagues Hall of Fame awarded to a Rising Star! The League features 50+ tournaments a month, and 100’s of players, so to be crowded POTM or Rising Star is quite an achievement!

28st in the OSC World Rankings