The OSC Season 5 Championship will be played over 9 days across the first 2 weeks of January 2018. (After which, season 2018 will immediately begin!)

This Championship will be the culmination of our 556 Tournament + 49 Show Match season!

If YOU want to help support the players and increase the starting prizepool, we have a matcherino page setup, where you can add $1 for FREE with the code OSC17 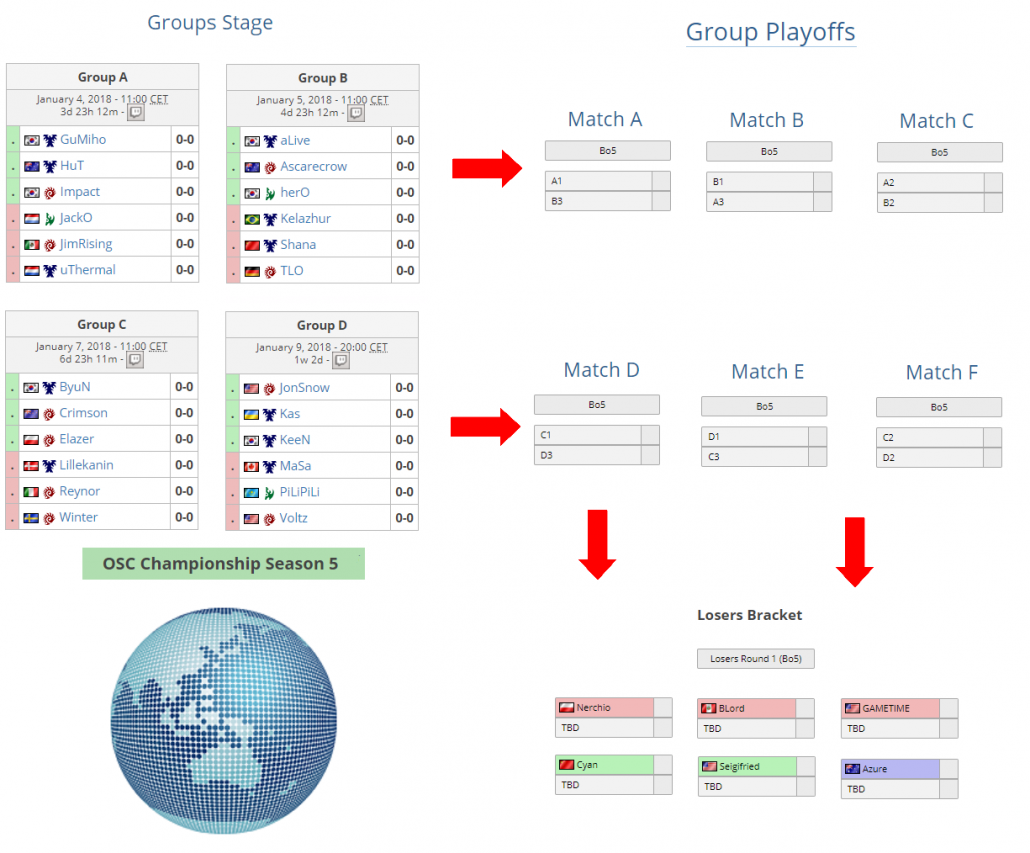 Players 21-25 will be able to choose their opponent from the the playoff round! (21st first choice, 22nd second, etc) These matchups will be announced live on a special episode of OSC News & Highlights on Thursday January 11th at 6.30am KST (Wednesday 10th 10.30pm CET / 1.30pm PST) 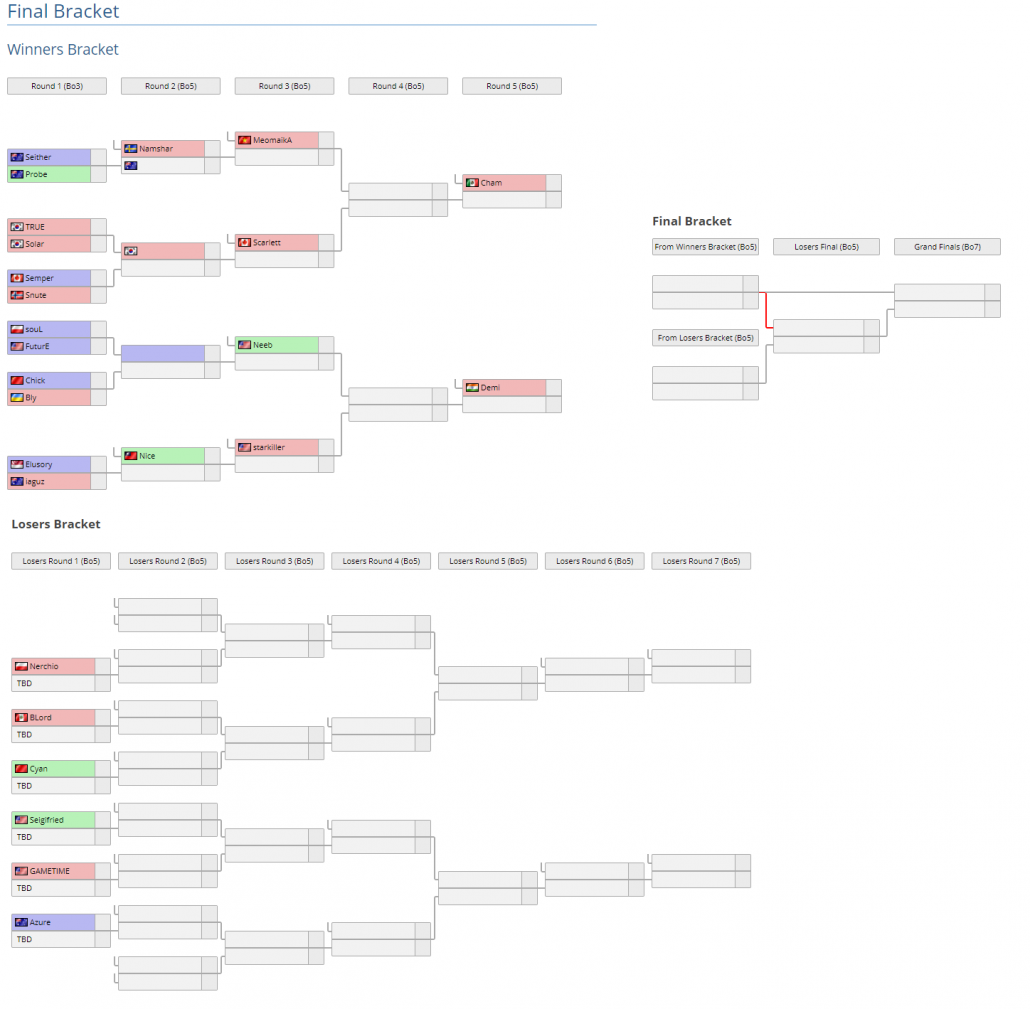