Having a variety and timely rotation of maps was something brought up a lot by the community in 2021. We hear you, and do agree that rotation of maps can lead to new +/or a variety of strategies, give the sport a more seasonal feel, remove repetitive textures/player+viewer visual burnout, and show off the amazing talents of map makers.

After further thought and consultation, we are happy to announce that from April 2022 we will be expanding the approved tournament map pool to 10 maps!

This will be comprised of the Current Season 7 Ladder Map Pool + 3 maps publicly available for use from the 4 most recent WardiTV Team Liquid Map Contests.

We explored the idea of working with map makers directly to create a custom map pool, however curently there is not much need for this, given teamliquid, WardiTv and now Shopify already have a great development and trial system in place with the Team Liquid Map Contest + Tournaments. So why reinvent the wheel!?

An additional reason to use the TLMC selections is WOL, HOTS or ‘dreampool’ map selections are very outdated, given how much the game has changed since their creation (eg introduction of new units and abilities that might be too abusive).

The new Expanded Tournament Map Pool is not compulsory, tournament organisers can choose whether to implement or not. We understand there are events which might not run as smoothly or benefit as much from it (low mmr or short weeklies), compared to longer format events with many series featuring players more au fait with past ladder or TLMC maps and veto process (Mid Season Playoffs, King of the Hill).

Players are encouraged to check event bracket information sections or contact an admin for clariftication if you’re unsure if an event is operating the standard ladder or expanded map pool.

How will the maps be decided?

The maps will be voted by OSC partnered tournament organisers, tournament admins + OSC Elite Rewards Club members. Each nominate 3 Maps. Votes are then collectively counted, and the 3 highest polling maps will be confirmed as part of the expanded tournament map pool.

We look forward to seeing how this plays out. Might an old favourite like Lightshade, Ice and Chrome, Jagannatha or Nightshade lead the voting? Or could an overlooked or new map that didn’t make it through to the ladder previously/yet be a surprise selection? Will be up to the majority to determine which have potential as a good tournament map.

Consideration into the sports future years has also been taken into account, where if there is signifcant time between ladder map updates, an option may be to expand this player + organiser voting system to further alter the number of maps voted vs ladder pool used each season.

How will veto’s work with 10 maps?

Tournament Organisers wanting to use the expanded map pool should remove 1 of the 10 approved maps (listed below) at their discretion.
For multi week events, TO’s can alternate the 1 banned map from the 10 ETMP, eg, R1 (No Data-C), R2 (No Moondance), R3 (No Tropical Sacrifice), etc. Players then select and veto from the remaining 9 maps. 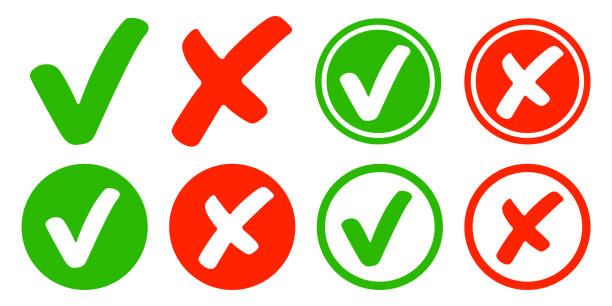 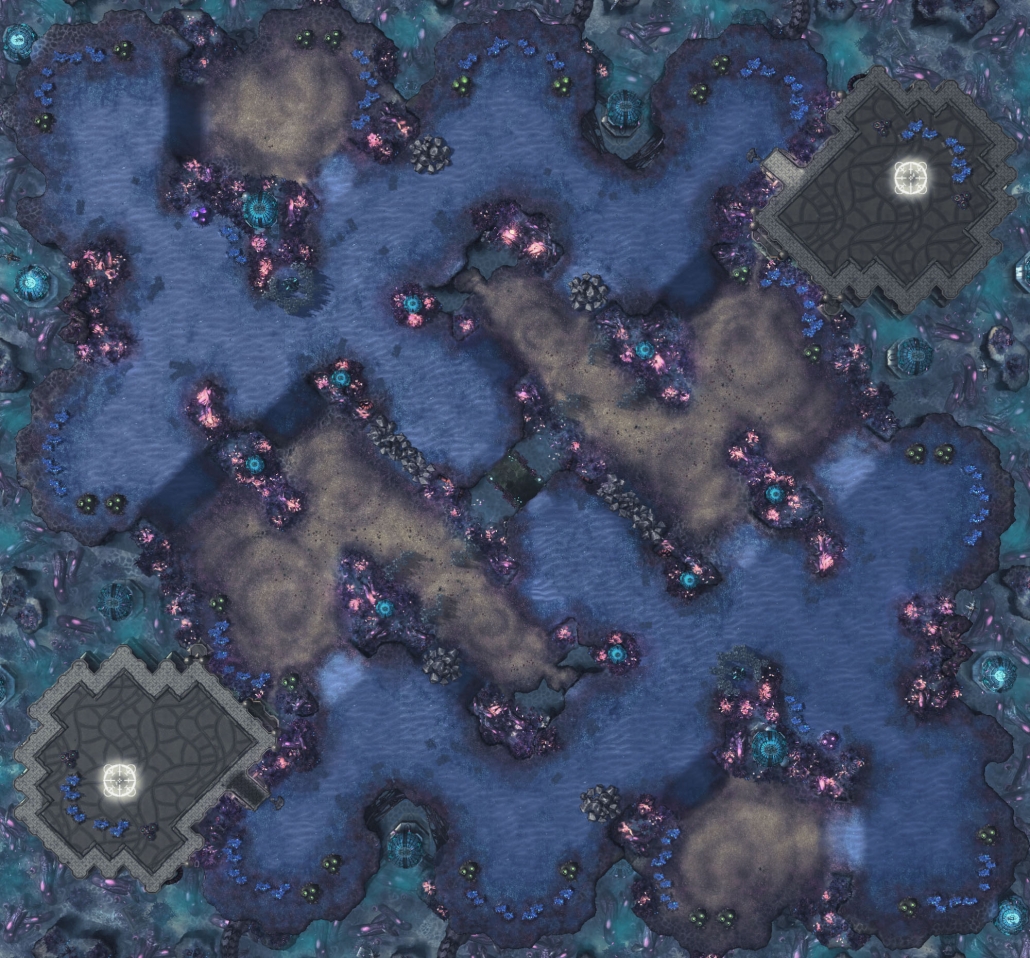 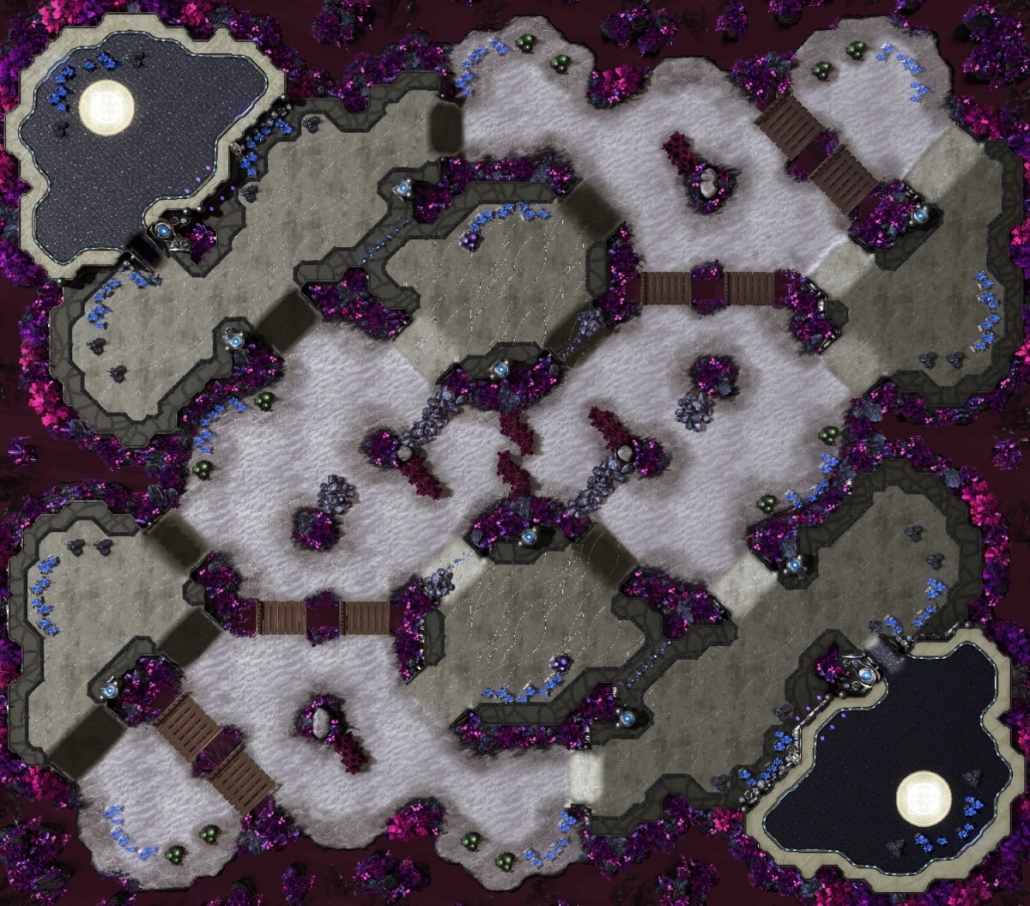 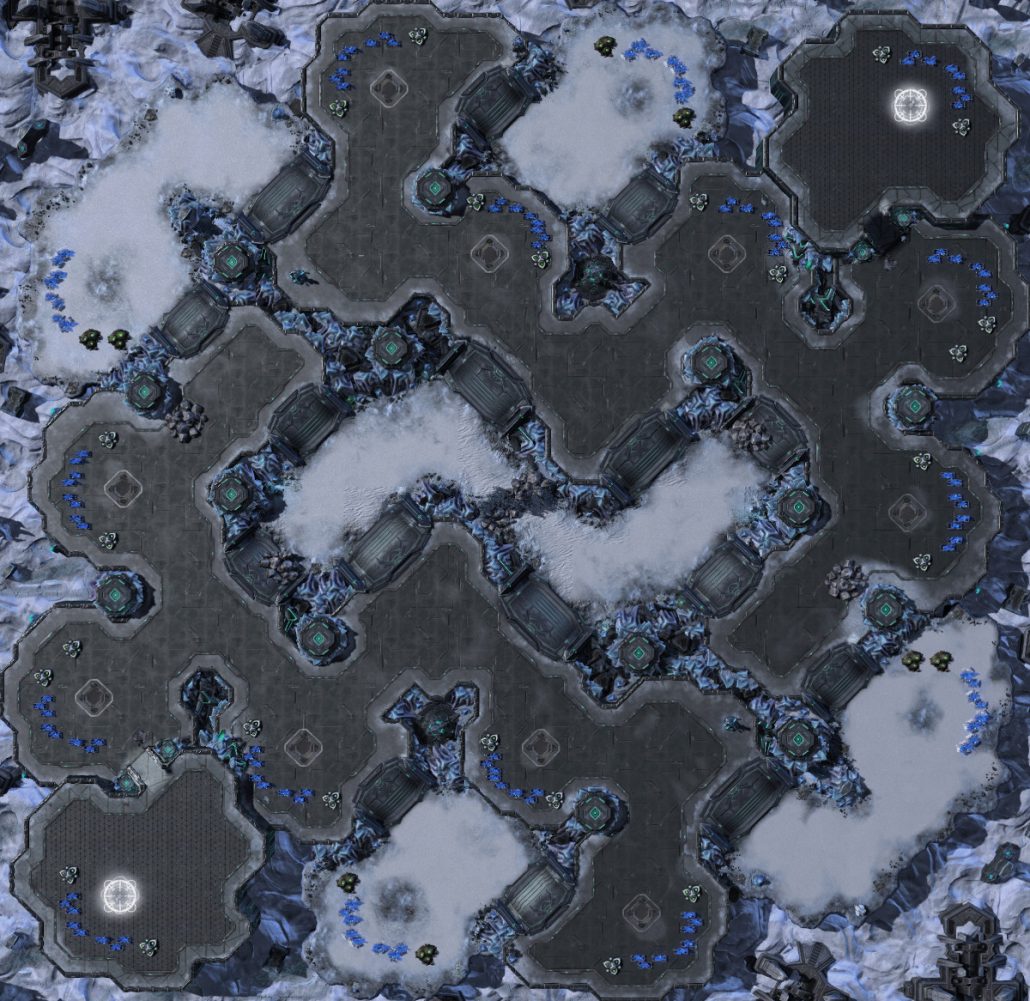 Any maps you’d like to see nominated for April-July? Join the OSCE Rewards Club to have your vote secured, or contact your regional player rep or regular event organiser/admin to see if can sway them.