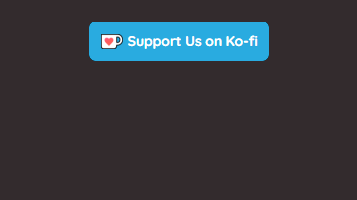 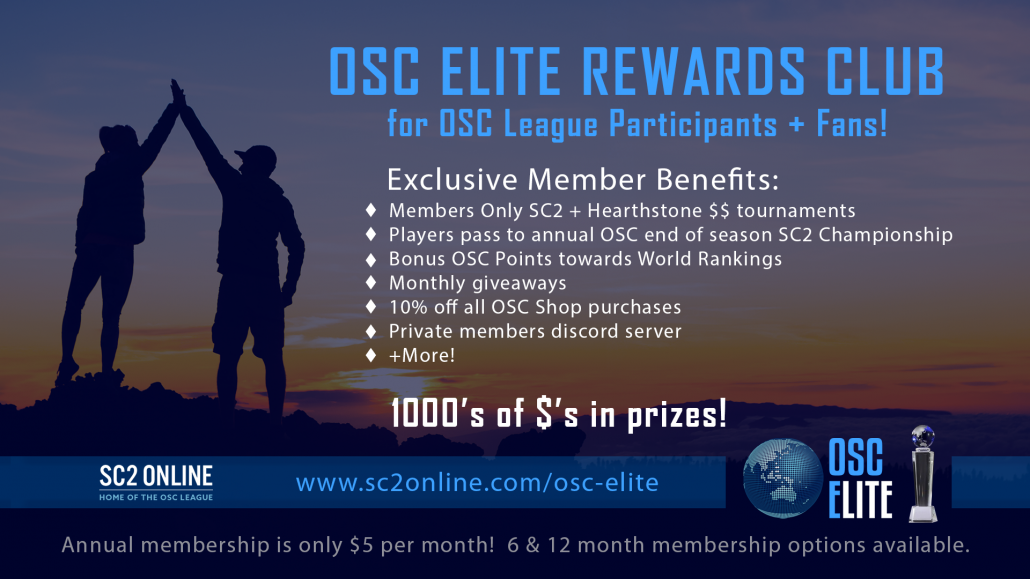 Our OSC Leagues are a collaboration of various tournament franchises, individual events and event organisers from all regions who work together to create great events for StarCraft 2 and Hearthstone players and fans! We offer unique incentives to increase the appeal of existing and new tournaments, such as $ Bounties +$ Participation Competitions, directly fund/financially support events, use a network of experienced admins, provide adverting/promotion, share resources, and most importantly give OSC Points – which our dedicated and growing player base compete for to improve their ranking and collect the rewards!

Adding OSC points to a tournament’s prizepool, and including your tournament as part of the league, has been proven to see an increase in player participation and interest, as players chase additional OSC points and rewards! Below are quotes to that effect from some our partners:

“We have just added OSC point system in the (ESL NA Americas ) Open, and it had doubled the interest  and amount of players in just the first week!”

At Bacon Infinity we couldn’t be more pleased with our partnership with the OSC. The SEA region has been growing to be incredibly strong competitors in the Starcraft scene and are very passionate about what they do (often staying up until 5 or 6 in the morning to compete in our weekly tournaments!). It’s amazing to see how much good the OSC is doing for their region and as North American players ourselves it’s great to see that the OSC is doing work to help revitalize our region as well. The OSC point system is a great way for us to see up and coming talent in these two regions, talent that we hope to see getting slots in the upcoming WCS seasons!

“Before OSC we had divergent tournaments but there was no real narrative that bought it all together. OSC provides that. Being able to follow, throughout the year, the changing rankings and trying to guess who will take those coveted 32 spots at the end of the season is pretty fun.

I think it also has been extremely valuable in helping build the SEA starcraft community and to give people a sense that competing in these tournaments leads to something bigger. There is always an excitement when OSC announces a new thing to the community and everyone supports and takes part in it.”

First started in February 2011, the Masters Cup tournament is one of the longest running and premier online events in the South East Asian + Oceania region! Originally monthly, the Masters Cup has since expanded to now be run fortnightly, with a $1000 Prizepool! One edition is WCS Circuit only, the next open globally, repeat. The Masters Cup is directly run by the OSC team. 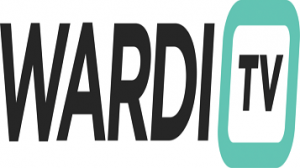 Run by Wardi and streamed on WardiTv, the Wardi Open is a $400+ Groups into Playoff style tournament for EU, NA + KR stars!

Organised by MisterL, the #Passioncraft Open is a StarCraft 2 League for all players outside of GM.

NA + EU Ladder Heroes are tournaments run by feardragon that encourage and rewards players for practicing and playing on the NA/EU Ladders! Each week the top 20 highest ranked GM players earn points towards a Monthly final. The top 6 players each week also earn a $ prize! After the 4 week month, the top 12 players ranked by weekly points are then invited to the monthly finals ($400 USD)

The Taco Cup is a tournament organized by JimRising with players from around the globe. 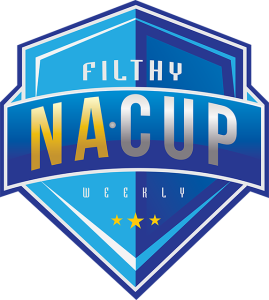 The Filthy NA Open is an event organised by PSISTORM Gamings Owner Damen ‘Flithyrake’ Knight. The weekly cup is a regular single elimination event designed to support NA players and provide them with a weekly tournament of their own where they can battle it out for the title of best NA player of the week! 3 weeks per month are NA only, with the 4th week open to all regions.

The OSC SEA Weekly, as the name suggests, a $50 Weekly tournament for players in the SEA + Oceanic regions! 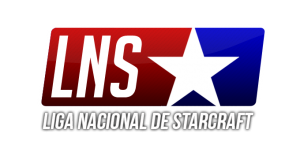 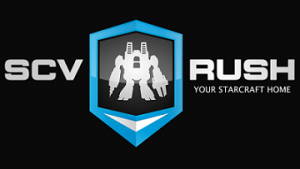 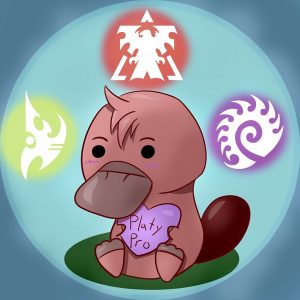 The Platy-pro Weekly is a series of weekly tournaments organized by Nistic, open only to players who have made less than $8,000 USD in tournament earnings.

The OSC All Stars tournament was initially known as Global All Stars in 2015, and was an event which aimed to increase the interaction and competition between the North American, European, SEA and Chinese scenes. It was designed to have some of the worlds best sc2 players, fight for the title of best foreigner! These were $1000 intermittent cups. However, with the WCS redesign in 2016 basically replicating this format, but on a far greater scale, the All Stars brand was change to a $100 Weekly for players from the OSC home regions (China, N.America, L.America, SEA + Oceania). 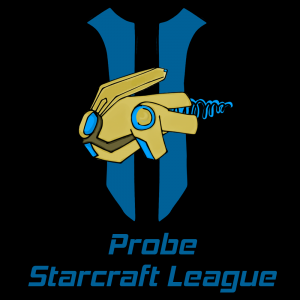 Probe’s Starcraft League is a monthly tournament organised by Probe for the SEA/ANZ/JP community.
Each Tournament has a AUD $200 prize pool and gives points for a Championship to be played at the end of year. 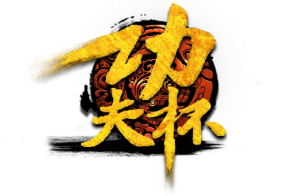 Run by the SCBoys team, the King Fu Cup has grown over the last couple of years to now be one of the premier online events in Starcraft 2! It showcases the best Chinese players vs the best koreans and other top foreigners. Always a huge prizepool, and top notch product, the Kung Fu Cup is an event that shouldn’t be missed as a player or viewer!

The OSC CN Weekly, as the name suggests, a $50 Weekly tournament for players in the Chinese region!

The Blizzard ANZ/ESL ANZ Cups are a new monthly tournament hosted by ESL for the SEA community. Despite the name, this cup is open to all members of the SEA community, not just those in Australian and New Zealand. These Double Elimination Cups boast a $1000 USD Prizepool!

The OSC Weekly Wager is a weekly tournament organized by OSC to replace the OSC Showmatches Series. Each players bet OSC Points towards a pot, with weekly points prizes, and monthly cash prizes.

In addition to offering a WCS Seed/s, Blizzard ANZ always invest a lot into their WCS Qualifiers, making sure the regions top talent have an impressive prizepool to fight for! It is the always a highlight event and is a great lead in to the main WCS tournament itself.

EU tournament run by the team at Blacer esports.

The Sentimiento Latino is a weekly tournament open to all Latin American citizens and residents, except anyone who has made top 16 in a WCS Premier event before. 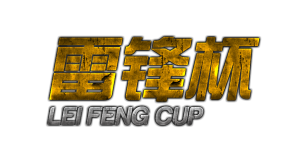 Leifeng Cups are a series of daily $100 online cups organized and casted by Invictus Gaming coach Edison and sponsored by iloveoov16. The purpose of the cup is to raise the skill level of Chinese players by competing with Korean players on a regular basis. This Cup is one of the skilled tournaments for its prizepool, and an excellent practice tool for Masters+ players! Open to all regions, it’s a great tournament to try and score some $ Bounties in!

Organised by Nemesis and Mint, the Solstice Series is an intermittent series that showcases up and coming talent. 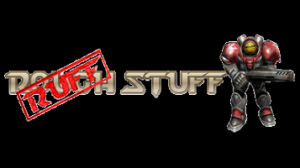 The OSC SCR SEA Weekly, as the name suggests, a $50 Weekly Starcraft Remastered/Brood War tournament for players in the SEA + Oceanic regions!

Douyu StarMasters Cup is a series of daily and monthly online cups organized by LeiFeng, the coach of Team LeiFeng: the purpose of the cup is to raise the skill level of Chinese players by competing with Korean players on a regular basis. The cup is held every week from Wednesday to Friday at 8pm KST. 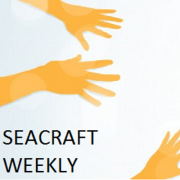 Organised by Philosopher, SEAcraft Weekly is a regular single elimination event designed to support SEA players and provide them with a weekly tournament of their own where they can battle it out for the title of best SEA player of the week! 3 weeks per month are SEA only, with the 4th week open to all regions. In addition to the Weekly, SEAcraft also run a few SEAcraft Melee tournaments, which are smaller events for up and coming SEA players, which has a rule that any players who have qualified for WCS Challenger/Premier or won a Masters Cup are ineligible to compete. Reason being it allows the next tier to show off their skills and pocket some $’s. 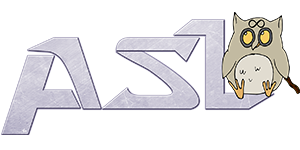 The ASL-Bacon Infinity Weekly is weekly single elimination tournament run by ASL and Bacon Infinity. Boasting a $100 Prizepool, the Weekly is open to all Regions.

Players bet their earned OSC Points, and OSC put in $40 USD to the winner, and $10 to the loser. 3 streamed series every week. For more information, refer here.

The Blazing Seire : May＂ is a series of weekly & Monthly tournaments on the Korea/Taiwan server organized by ALGS.

SGL (short for Shang gan ling) is a series of bi-weekly online cups organized by Kaurala, a Chinese caster. The format has recently changed to 16 player invites, who engage in battle for $750! Groups > Playoffs. 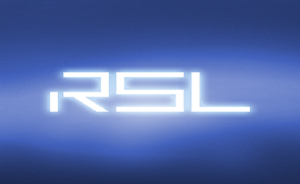 The Rival StarCraft II League was founded in early 2015 by Jake ‘Hawkeye’ Kohl. The intent is to bring a tournament experience to non-professional StarCraft II players. This invite is offered to players around the world, but games are played primarily on the North America Server. After the first successful year of tournaments, the RSL is expanding to Weekly Tournaments helped run by Rival Gaming that will compliment the tournament.

The OSC Melee is a $50 Weekly, winner takes all tournament created to replace the long running Americas Open franchise. 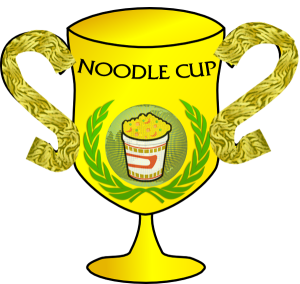 The smallest OSC tournament, the Noodle Cup (formerly known as Friday Fun Night) is a fun community event organised by Elusory usually run on Friday or Thursday nights (KST), for those who want some starcraft action heading into the weekend. The tournament is single elimination, and is normally run fortnightly.

Run by Spawning Tool, Matcherino, 1FPro and Proxy Tempest, the Bonus Pool is a new tournament in 2016, which uses a mix of invites, EU, SEA, NA + KR qualifiers, to find 16 players to compete in a $400+ Double Elim Event.